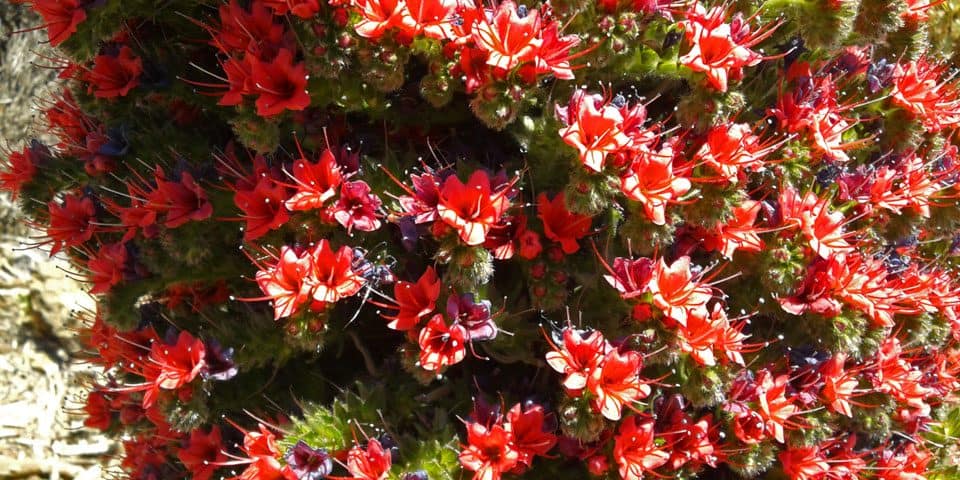 Walking on Tenerife and especially on Teide Natural Park , you’re very likely to see many plants of Tajinaste Rojo , a flower plant that looks like something coming from another planet, due to how tall it is and the way its leaves lay on the ground.

This plant can reach up to 2 meters in height, and a remarkable diameters of 50 centimeters; during the flowering season it’s almost completely covered by little red flowers except on its base where there’s also room for a few leaves laying down.

The Tajinaste plants are endemic of Canary Islands, but the red one (Rojo) is typical of Tenerife. Other kind of Tajinaste are around other islands, like Azul and Blanco that have blue and white flowers instead, as the names imply.

Keep in touch for other posts about Teide, Tenerife, Canary islands and their beautiness!

Find out all private transfer, shuttle buses and taxis for your hotel or airport here:

This site uses Akismet to reduce spam. Learn how your comment data is processed.

Always on Board is an italian/english travel blog born to share genuine travel guides, maps and advices to enjoy the best corners of the world and tips to travel on a budget. Find out more

Browsing this webiste you accept use of technical and statistical cookies.
Details